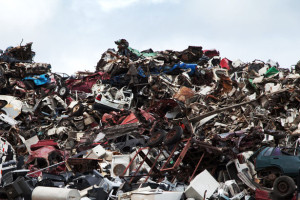 ‘Business-as-usual’ is no longer an option.

“The 1972 book Limits to Growth, which predicted our civilisation would probably collapse some time this century, has been criticised as doomsday fantasy since it was published. […]

Research from the University of Melbourne has found the book’s forecasts are accurate, 40 years on. If we continue to track in line with the book’s scenario, expect the early stages of global collapse to start appearing soon. […]

They modelled data up to 1970, then developed a range of scenarios out to 2100, depending on whether humanity took serious action on environmental and resource issues. […]

The book’s central point, much criticised since, is that “the earth is finite” and the quest for unlimited growth in population, material goods etc would eventually lead to a crash.”

Read conclusions of recent study summarised by The Guardian and another recent research paper.