Brook Waimarama Sanctuary Fence Could Start in May 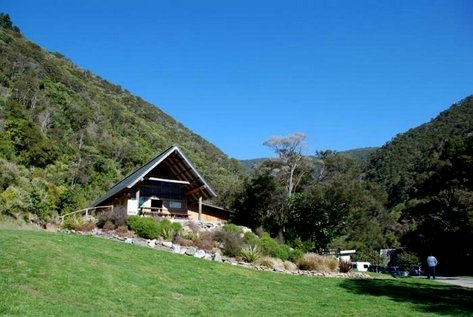 Construction of a $4.7 million pest-proof fence around the Brook Waimarama Sanctuary could begin as early as May this year.

General manager of the trust behind the fence, Hudson Dodd, says an application for the remaining $1.5 million needed is being considered and he is “fairly confident” of a positive result. “If that doesn’t work out I have a whole list of plan B’s,” he says. “Either which way the fence will start in 2014.”

Tenders have been accepted for the build and include Brightwater’s Taylor Construction for the earthworks and pest-proof fence specialists Xcluder of Rotorua, for the fence itself.

The sanctuary is 715 hectares of bush in the Brook Valley, two thirds of which has never been cleared for farming or forestry. That means the eco-system already there is much more advanced that what you’d find elsewhere in New Zealand.

The Brook Sanctuary Trust wants to build a 14.5 kilometre fence around the sanctuary to stop pests getting in, allowing native birdlife to thrive and giving visitors an opportunity to see and hear them in their natural environment.

The cost of the fence will be $4.7 million and Hudson says they need another $1.3 million to reach their goal. Construction won’t start until all of the money has been fundraised and will take between 12 and 15 months to complete.

Money raised so far has come from Nelson City and Tasman District councils, community trusts, high value donors, the community via the “Get Behind the Fence” campaign and from various other grants.

Hudson says if the grant from the Lottery Grants Board comes through they’d be able to start construction in May. If the grant doesn’t come through, it may be later in the year.

“We’re very hopeful and confident that it is all going to come together in the next few months so we’re proceeding as if it’s going to and we’re well advanced with the planning for the fence,” he says.

“The pieces are in place to be able to pull the trigger. It is an exciting time and we can see it all come into focus. We can almost taste it.”

The sanctuary is already open to the public with three main volunteer-built tracks winding their way through it. That track network will be expanded when the fence is built. Hudson says once the fence is completed they will start eradicating the remaining pests from within the fence and then look to bring in other native birds, like kiwi and kaka.

“Bringing in kiwi is dependent on permission from the Department of Conservation but I’m confident we will have kiwi in the Brook Valley soon after the fence is built.”

For more about the sanctuary visit www.brooksanctuary.org