The Food Bill, not as sweet as first appeared – Green Party 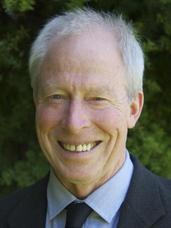 A culture of home gardening, food sharing and small artisan producers are at risk of being suppressed by future Ministerial decree. The Food Bill, supposedly intended to reduce compliance costs for the food industry, while eventually reducing the incidence of food borne illness, has such sweeping powers that best intent could be lost under bureaucratic pressure.

A very effective social media and networking campaign regarding the Food Bill has elevated concerns about bureaucracy intruding unnecessarily into the domestic food supply. Unfortunately some information circulated was incorrect, such as the Food Bill being put through these holidays, or that seed saving was to be outlawed. The Food Safety Minister Kate Wilkinson has very clearly stated that seed saving and plant propagation will not be included in the Food Bill, following amendments during the Parliamentary process probably in February-March. However the social media campaign has been useful in exploring where the Food Bill may still need correction or improvement.

As currently drafted, the Ministry of Agriculture and Forestry (MAF) and the Food Safety Minister are left significant power to make amendments by way of regulation once the Food Bill is enacted through legislation. Swapping of home garden produce with neighbours and friends, and direct sales from horticultural producers to consumers, are meant to be exempt from the need for food safety plans, under the proposed legislation. However the Minister is empowered by the Food Bill to later effectively change anything by way of regulation, including the exemption to swap food. It is difficult to find anything relating to food that the Minister would not be able to change.

This needs remedying, and blanket exemptions to preserve New Zealand’s culture of gardening, food preserving and community sharing must be drafted in such a way that any significant future changes must go through the full Parliamentary process. New Zealanders should be given every encouragement to feed themselves and their communities, not be constrained unnecessarily.

Except for direct grower to consumer sales of horticultural produce, for even the smaller growers or pickle producers to avoid food safety verification and registration costs, most operators will need to apply to the discretion of the Minister through MAF or a delegated local council.

School fairs, churches, and community fundraisers could have sausage sizzle fundraisers with just food handler guidance (a best practice food safety pamphlet and no checking), yet a small grower wanting to sell some surplus plums or cabbages to the corner dairy has to enter the bureaucratic jungle: Register at a cost, apply for an exemption, or wait and hope that MAF and the Minister decide to make an exemption after the Food Bill is through, but no promises.

It would appear that the only ‘charitable’ groups not able to run sausage sizzles or food stalls under food handler guidance, would be political parties/supporters, strong advocacy groups, and direct action groups such as Greenpeace. They would have to pay registration and undergo food safety plan verification for their sins.

Food safety is strongly covered under the existing Food Act, but has been poorly enforced, with evidence of food borne illness mostly reported as coming from restaurants, cafes, takeaways, caterers, and delis, not the fresh fruit and vege growers whose produce can easily be washed, or the cheese maker who knows their art.

Food borne illness needs better research to identify its causes more accurately, and food handlers need good education and penalties to deter poor practice, but this need not be at the expense of local, diverse food production. Small growers and processors need to be encouraged to rebuild the culture of local artisan food production, building food security and local skills.

Genetic modification, international joint food standards, free trade agreements and New Zealand food sovereignty, the level of force allowed by food safety officers, their immunity from prosecution, and the powers of the Minister, are all issues that need revisiting in the draft of the Food Bill currently before Parliament.

Amendments to the Food Bill could improve it significantly, ensuring New Zealand food sovereignty, confidence for growers and producers alike, encouraging food production at the local level and putting the compliance costs where they belong – on the large agribusiness and food processors that manifest the greater food safety risks.