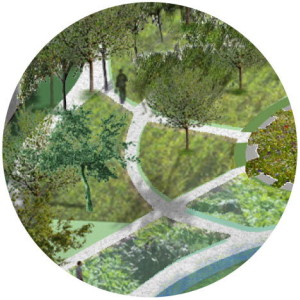 Associate Minister for Canterbury Earthquake Recovery Nicky Wagner has welcomed an agreement reached for a community garden and food hub on Crown-owned land in central Christchurch.

“The community garden, called Ōtākaro Orchard, is a great partnership between the Crown as landowner and the Food Resilience Network as operators on behalf of the community,” Ms Wagner says.

“A range of fruits and vegetables will be grown on site and volunteers who support the operation will benefit from what is produced. Some of the food grown will also be used by a social enterprise café to be built on the site. Ōtākaro Orchard will use land on Cambridge Terrace in an area designated as the North Frame.

“The benefits won’t just be the fruit and vegetables grown, the garden will also be a social hub for people to gather and build a sense of community in the central city. Through the ‘Share an Idea’ campaign, the community told us they wanted to see more public, green spaces in the city.

“A big part of the Blueprint launched in 2012 is also about making the new central city attractive as a place to live and visit, and facilities like this will help to make that happen.

“With other great attractions nearby like the Margaret Mahy Family Playground and Avon River Precinct, I can see the Ōtākaro Orchard being a popular stop-off as visitors take in what the new central city has to offer,” Ms Wagner says.

The site will be leased for use by the Food Resilience Network for five years at a nominal rent of $1 a year, and the facilities will be progressively developed on the site.