A few years ago a tiny cicada-like insect made its way to the Nelson region bent on the devastation of our potato and tomato crops. 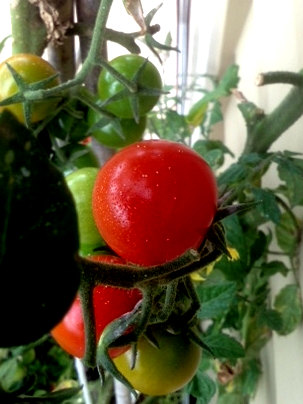 Chemical sprays have now been developed to help combat the TPP, but those of us preferring organic methods have fewer options.

I first noticed the infestation in our garden three summers ago. A strange sugar-like substance on the leaves and fruit (as pictured) was the give away. I tried regular spraying with neem oil and this does seem to knock them back a bit, delaying the inevitable decline of fruit size and eventual destruction of the plant. But tomatoes in our garden were still a lost cause by mid-January.

Testing at Lincoln University has shown that creating a complete cover over potato crops using a fine quarantine mesh (less than 0.4mm) prevents infestation. However this fine mesh seems to only be available in bulk and is considerably expensive.

The Psyllid doesn’t really come into force here in Nelson until mid-summer, so the most successful way I have found to beat the bug is to grow early potato and tomato varieties. Get your Swift and Liseta potatoes sprouting in August, into the garden (or ideally raised containers in a sunny spot, to create a warmer spring setting) in late September and eat them in December!

In our second summer with the tiny tomato terror we had the most success with an early variety of cherry tomato (Gold Nugget) and managed to harvest Sweet 100s and Isle of Capri through December and into January – but then the disappointing demise. And then I came across a tip from Wally of Garden Gloves Geraldine, about starting tomatoes indoors in August, potting them into larger pots and then buckets, to give your plants a head start. 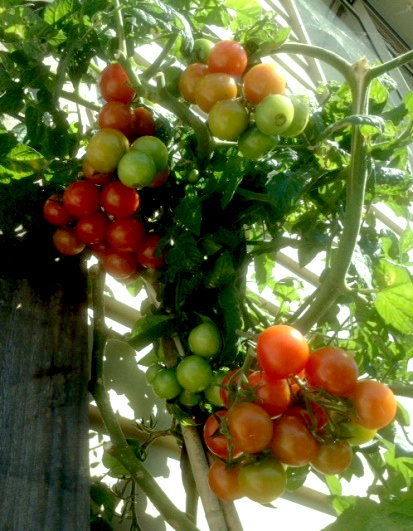 Last spring we gave this a go by potting up a Sweet 100 in August and keeping him inside. In late October, after a couple of weeks of hardening off (putting him outside during the day and eventually at night as well) we planted him out – bucket and all – in the salad garden against a north facing wall of the house.

Already a metre high and with fruit forming it certainly had a head start and never looked back. With plenty of mulch, regular watering and the occasional dose of comfrey/manure tea, he grew to at least 3m and we had fruit from November until Feb, only succumbing to the Psyllid late in the season, outlasting the other tomatoes in the garden by several weeks.

This year by late August I already have Early Girl, Gold Nugget and Sweet 100 thriving in pots in a sunny space on the landing (in a polystyrene tray, by a north facing window). 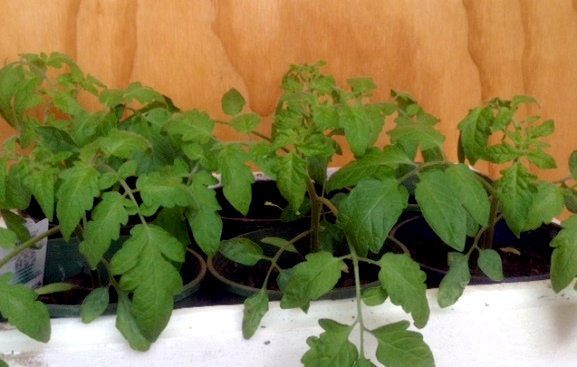 I’m hoping to get them out in October and care for them lovingly, giving them the best chance against this nasty invader.