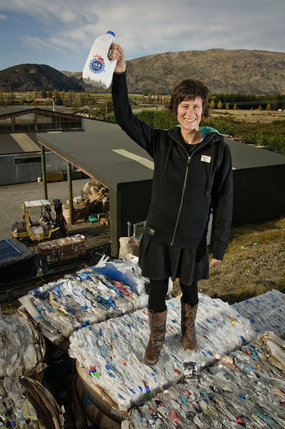 The Unpackit Awards are today launching a new competition for schools and community groups, to get people talking about packaging waste and how to bring home less rubbish.

The Cash4Good competition will run in tandem with the Unpackit Awards, the people’s choice awards for New Zealand’s best and worst packaging.

The Cash4Good competition has a prize package of $5,200 which will be split between schools and community groups. The school and community group supported by the most Unpackit voters will each receive $1,500. Second and third prizes will be $750 and $350.

Unpackit organiser Gina Dempster said the aim of the Cash4Good competition is to get communities talking about packaging and how to reduce packaging waste.

“We will provide resources to interested schools and community groups to help them start conversations about packaging in their communities. The idea is to get people talking and thinking about their packaging choices before they go shopping.

Ms Dempster said it is really hard to weigh up which packaging is better for the environment while choosing what to buy.

“There are so many other factors competing for our attention when we make a purchase: price, taste, brand loyalty, position on the shelf and the look of the packaging.

“If people are well-informed before they go shopping, they are more likely to choose eco-friendly packaging which is minimal and can be recycled, re-used or composted.”

Ms Dempster said despite research* which shows massive support for recycling, most homes end up with a bin full of non-recyclable packaging at the end of the week.

“Often consumers have little choice but to buy packaging which is going to end up in the rubbish, and that’s where companies, especially food manufacturers and retailers, need to up their game.

“There is still a lot of ridiculous packaging out there – and that’s what drives the success of the Unpackit Awards. We’ve had 224 nominations for the 2013 Awards so far, more already than the total (215) we had for the 2011/2012 Awards,” she said. “Nominations for this year don’t close until July 5th, so we’re expecting a record number.”

84 of the nominations for the Worst Packaging Award this year are for the Anchor triple-layer bottle, which is worth less than half the value of normal milk bottles to recyclers.

“The public backlash over the Anchor bottle shows that people expect new packaging to be well-designed for the job and to be better for the environment. If companies are going to spend big bucks advertising their packaging, they need to make sure it is consumer-friendly and environmentally-friendly or they are going to get burned,” said Ms Dempster.