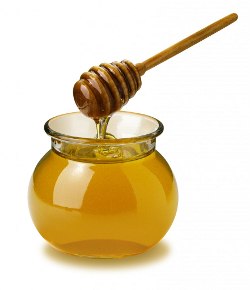 More than half the brands of manuka honey tested in a university experiment did not match the pollen count promised to shoppers on the label.

The results have divided experts – the honey industry claims the test is not reliable but consumer advocates want labels to mean what they say.

She found that 29 out of 64 “mono-floral” samples, such as manuka honey, were not true to label based on their pollen count.

The remaining 10 honeys in her sample each came from more than one plant.

Fewer than half of the 26 manuka honeys were true to label, something Ms Boontaganon said could erode consumer confidence in the pricey product.

Manuka honey’s high levels of antioxidants and hydrogen peroxide – which aid its antimicrobial or bug-killing activity – have driven consumer demand and make it more expensive than other products.

Ms Boontaganon declined to be interviewed but in a statement to the Weekend Herald she said: “In view of my results, it is essential that the honey industry invests funds in ensuring all honey is true to label to maintain consumer confidence in this delicious food.”

A Lincoln University spokeswoman said Ms Boontaganon would not identify in her final doctoral thesis which brands’ labels were inaccurate.

Honeys can vary in their composition depending on the flowers or plants bees visit. Some are made from nectar collected from several different flowers while many – the mono-floral brands – are collected from mostly one type of flower.

There are no regulatory standards for what constitutes a monofloral.

Consumer NZ editor David Naulls said that as a general principle, products should be true to their label.

“If you can’t guarantee that bees aren’t collecting their pollen mainly from manuka plants then you shouldn’t be able to label it as such.

“If labelling is going to mean anything, then the producer should be able to justify mainly what it is.”

The chairman of the Bee Products Standards Council, Dr Jim Edwards, accepted there was an issue over the accuracy of pollen labelling.

But he said there were difficulties because where other honeys, such as clover or pohutukawa, had generally accepted levels of pollen counts that qualified it as mainly derived from that plant, the minimum necessary percentage of pollen in a sample of manuka honey was still to be determined.

The industry was intensively researching chemical markers which would better identify the honey as having come mainly from the native teatree, Dr Edwards said.

“Pollen is not the most reliable marker and one of the problems is, you’ve got to look at what else is flowering at that time – because that is what bees are collecting.

“It is next to impossible to find a pure sample of honey.”

The government’s animal products principal adviser, Jim Sim, said the industry was “hamstrung” by the gaps in the science of the product.

“The way I look at it, it emphasises the need for them to come up with a robust standard to determine whether you’ve got a manuka or not.”

Consumer Affairs Minister Simon Bridges said if the claims in the study were accurate, labels could be construed as misleading and deceptive conduct under the Fair Trading Act. The Commerce Commission would accordingly take an interest, he said.

According to a Primary Industries Ministry report, manuka honey is fetching up to $50 a kilo for producers, down from $80.50 last year.