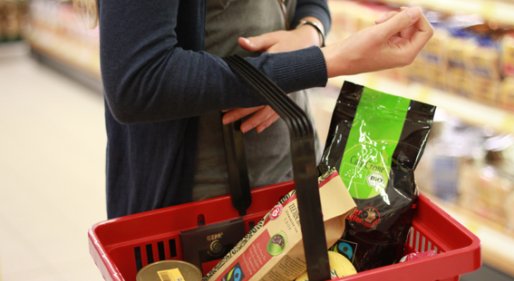 New Zealand shoppers are in tune with consumers around the world who believe their shopping choices can make a positive difference for farmers and workers in developing countries, according to a new global survey of 17,000 consumers in 24 countries conducted for Fairtrade International (FLO) by international research consultancy GlobeScan.

When it comes to making a decision in the shopping aisle, Fairtrade is the most widely recognised ethical label globally and New Zealand is in line with the global average for recognition – with nearly six in ten consumers (57%) being familiar with the FAIRTRADE Label.

More than half of Kiwi consumers surveyed (51%) say they trust the Fairtrade brand and the more familiar people are with the Fairtrade Label, the more they trust it. More than three quarters (76%) of consumers who recognise the FAIRTRADE Label regard it as a trusted label.

The poll shows that a large percentage of New Zealanders have high expectations of companies dealing with farmers and workers in poor countries with 91 per cent believing companies should pay farmers and workers fairly – compared to the global average of 85 per cent. The same number (91%) agrees that the use of harmful chemicals should be avoided and 92 per cent are concerned with product safety.

More than half of New Zealand consumers (54%) feel empowered to make a difference through their shopping choices and 79 per cent have high expectations of companies with regard to the important role they have in reducing poverty through the way they do business.

NZ shoppers recognise the role Fairtrade plays in enabling them to make a difference with 53 per cent of those familiar with it saying that the FAIRTRADE Label makes it easier for them to decide if products are ethically produced. More generally, and in line with the global trend, the study confirmed that 76 per cent of Kiwi consumers believe independent, third-party certification is the best way to verify a product’s social and environmental claims.

Fairtrade ANZ CEO Stephen Knapp said the survey showed Kiwi consumers, just like the majority of their global counterparts, really do care about where the products they buy every day come from and that the farmers and workers at the end of the supply chain are getting a fair deal for their hard work.

“Kiwi shoppers know that by choosing a product with the FAIRTRADE Label, they are directly helping to create a fairer world for all and are increasingly expecting companies to provide them more opportunities to make the fair and ethical choice at the checkout”.

New Zealand consumers, along with their global counterparts, are backing their beliefs with concrete action. Globally, shoppers spent €4.36 billion on Fairtrade products in 2010 – an increase of 28 percent while New Zealand and Australian consumers combined tripled their Fairtrade purchases by more than 200 per cent to over AU$120 million.